How can we re-imagine tomorrow’s kinship through a systemic lens and face the needs of the inter-generational, the collective, the neuro-diverse, the shamanic and the foolish? I weave together my practices as a choreographer and family constellation practitioner, in order to create a new format of gathering, inviting participants to explore choreographed social dancing, singing, drumming, and sound-altering technology within the field. My work explores how these tools can be used to access pre-verbal understandings of self and other, through song, sound, and movement.

I thought this article would be most effective if I took you on a story that dives deep into my practice, a behind the scenes narrative if you will, of my last dance-theatre show, Constellations, presented at Sadler’s Wells in June 2019.

In the summer of 2018, I began working on what would culminate as a 2-hour gathering in the round, a piece of unconventional dance-theatre that sat at the cross roads of a traveling circus, a dark comedy, ballroom dancing, and a phantasmagorical club hosted by archetypes from Western culture. In the atmospheric settings that we designed, audiences were invited to reconsider who holds marginal and dominant roles within social spaces. Who leads and who follows? Who is in charge? Is the choreographer always directing? Is the lighting designer always fixed behind a lighting desk? Are the technicians only meant to operate behind the curtains and wear black attire? Can the theatre’s staff be part of the show in a meaningful manner? Can the audience decide which route the show will take? Gender fluidity and social dancing were called upon to explore new ways of understanding contemporary social politics and my research of “radical togetherness”. This involved not only the invitation for audiences and performers to interact in a direct manner, but also for artists with radically diverse artistic practices to share air-time and stage-space at the same time and find a way in which to perform through their differences and artistic beliefs.

The beginning of our creation period involved the inhabitation of two derelict church-sites in London for the presentation of the work’s early development. The first event took place in Caroline Gardens Chapel, located in a former early-19th century almshouse estate, now known as Asylum Chapel. The second space we inhabited was the Welsh Chapel, a former Presbyterian Church in Soho, now run by arts organization Stone Nest.

The storyline of Constellations, follows the archetypes of the witch and the fool, and questions their historic relationship to gender representation and the spaces that they occupied. What would happen to our contemporary biases if pop culture presented witches as men and fools as women, or abolished gender all together in the presentation of these fictionalized and aestheticized figures? We cannot reverse centuries of gendered patriarchal depictions, from Dürer’s etchings, and Goya’s paintings to Disney’s animated films. We can however be relentless in exercising an alternative portrayal of archetypes and today’s folklore in the 21st century, if we are first able to understand them as genderless entities. In visiting Asylum Chapel and Stone Nest, I asked my collaborators to use their felt-sense to feel into the history of the rooms, neither of which were foreign to the witches and fools of 19th century Victorian society or the queer club-scene of the 1980’s; individuals outcast from normative orthodox views that nowadays might be labeled as neuro-diverse, rather than mad or insane.

I was very interested in trauma stories that reoccurred in the same geographic location generation after generation. Part of Constellations’ enquiry into the architectures we inhabited, was to sense into these stories that may linger on in buildings that have been abandoned, lost function and/or purpose. As Guy Debord states in his Introduction to a Critique of Urban Geography, “Psychogeography could set for itself the study of the precise laws and specific effects of the geographical environment, whether consciously organized or not, on the emotions and behaviour of individuals.” (Debord, 1955)

We consciously sensed into the spirit of the churches, whilst tuning into the bodily sensations arising from dancing in such environments. We tracked our own excitement, fear, curiosity, anger, and love that arose amongst us and later our spectators. We also learned to recognize that which does not belong to us, but belongs to the stories of the materials that surround us. We left these spaces honoring the experience and further crafting our relationship to the archetypes we evolved into throughout the project.

Eventually, we invited the audience into the process. The question we occupied ourselves with was: how can a group of performers, channeling the ancestral lineage of a historic site, transfer and convey that trans-generational meeting and somatic sensing to a stranger. Touch and conversation in movement was one of the ways we approached this immense field, that is by introducing structured forms of social dancing, principally waltzing. In engaging in such a way, audiences were asked to occupy the perceived stage space in the churches, and enter into unknown territory as the performers whisked them away from their seats. What happened in that moment is hard to transcribe. The performers, decked out in drag, make-up and costume, were not only present as themselves, but were also embodying the spirit of the space that we were in. In that moment, when the members of the audience were being invited to dance, they were also engaging in a social dance with characters long gone, fools, witches, ancestors who live on in the floors and walls of a derelict architecture.

A couple of weeks before Constellations premiered, I was at a loss as to how all of these varied practices and fields would come together. It had become a challenge to integrate the collaborating performers’ varied artistic practices into one cohesive show, whilst retaining an abundance of content generated from each of our site-specific church visits. What did we learn by performing in the churches? How could we possibly convey the immensity of the stories we felt in an ever-changing neutralised theatrical space? How do we negotiate what are often unspoken contracts with audiences that we have never met before? At this stage I decided I would facilitate a systemic constellation for the work itself, where the show in its meta-physical essence became the issue-holder or client, the cast became participants to their own performance, and I acted as facilitator in service to the project’s intentions.

A group of 20 volunteers from the dance and therapeutic community of London joined us for this afternoon, where we explored what happens when the client is not a human, but an idea phenomenologically embodied by a human representative. The performers picked representatives for themselves, strangers who bore no loyalties towards the cast’s internal dynamics, dramas, and history. Representatives stepped in for the Show, all the performers, the Audience, the Light, the Archetypal Wolf, and the Institution. Sound and movement were the main communicators, a few sentences every so often, but the non-verbal modality dominated the room. The ending of the constellation was done in silence, as tears began to flow, bodies moved in rhythm, a howl was heard every once in a while, each individual moved to where they felt they belonged in the space. Perhaps it was a climax, like that visceral moment of resonance and empathy that we feel in a piece of theatre that speaks to our own story and life. The session ended with embraces and heart-felt good-byes between individuals that had never met before. The following week was busily spent integrating this experience, before presenting CONSTELLATIONS to hundreds of audience members that wouldn’t have had the same luxury of the intimate systemic constellation we witnessed in the dance-studio that day.

I used the storyline of this experimental constellation in the way I set up the narrative arc of the show, using the cues and sentences developed as clues to the role of the lighting designer, periods of musical intensity and silence, where to begin the show, where to end, eventually finding each performer’s rightful place within the show. Every subsequent performance was a re-iteration of that constellation in a way, developing every evening as new audiences sat at the edge of the field, changing the course of our boat down a web of rivers, each one a new possibility.

What I propose in conclusion is an invitation towards re-thinking the ways in which we gather and the practices that we share when we do.Architecture serves a central purpose here. It is a container that holds performance and interaction; it holds social choreographies like systemic constellations. The research and performance work I’ve done so far suggests that we must look to the spaces that we currently have access to, the buildings that have served one or many purposes and now await a new life. Sensing into the geo-social ancestry of these spaces offers an effective way of telling a story, of creating theatre. Translating that story from performer to audience holds the possibility for empathy to be generated between the living and the dead, the forgotten, and the missing. In this way, perhaps individuals from different cultures could be brought together, where belief systems, cultural silos, and somatic knowledge can be exchanged in silence and deep respect. Our imagined architectures, digital or physical, become the means to a much simpler end, that of connection. 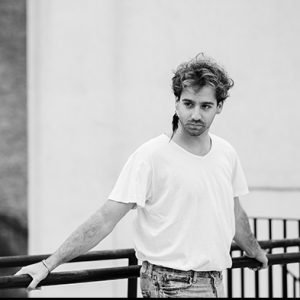 In his practice, he fuses learnings from a decade of spiritual self-development, plant medicine, somatic sensing, vocal release, contemporary dance training and trauma healing with visualisation techniques, touch, talking, and movement therapy. His artistic approach and sensibility merge traditional SE® trauma-therapy tools and knowledge of the wider systemic field with a deep bodily wisdom of movement and performance of the self. He also facilitates group processing sessions for artistic collectives, including dance and theatre companies, academic programs, start-ups and businesses seeking to develop and enhance team dynamics. His current research revolves around developing new techniques of integrating health and artistic practices both within therapeutic and theatrical environments. He has worked extensively with Basque shaman Manex Ibar since 2012. To date he has assisted Dr. Peter Levine and Betsy Polatin in their workshop Trauma in the Public Eye; exploring how SE® can help performing artists become more authentic in the delivery of their artform.

His professional career in the performing arts accelerated upon being accepted as a resident dance-artist in the Sadler’s Wells Summer University (2015-2018). Throughout his time there, he developed strong collaborations with other dance institutions across London, including Siobhan Davies Dance and London Contemporary Dance School. He frequently collaborates with choreographer Jonathan Burrows, having featured in his work 52 Portraits, as well being a dramaturge for Burrow’s and Fargions’ current performance series, Music for Lectures. He has been the dramaturgical & scenographic support for Lettres d’Amour (2020) by Pau Aran Gimeno, No-How Generator (2019) by Matthias Sperling, Blackbird (2018) by Katye Coe, and Traces du Serpent (2016) & Le Corps Écrivains (2016) by Mark Lorimer.