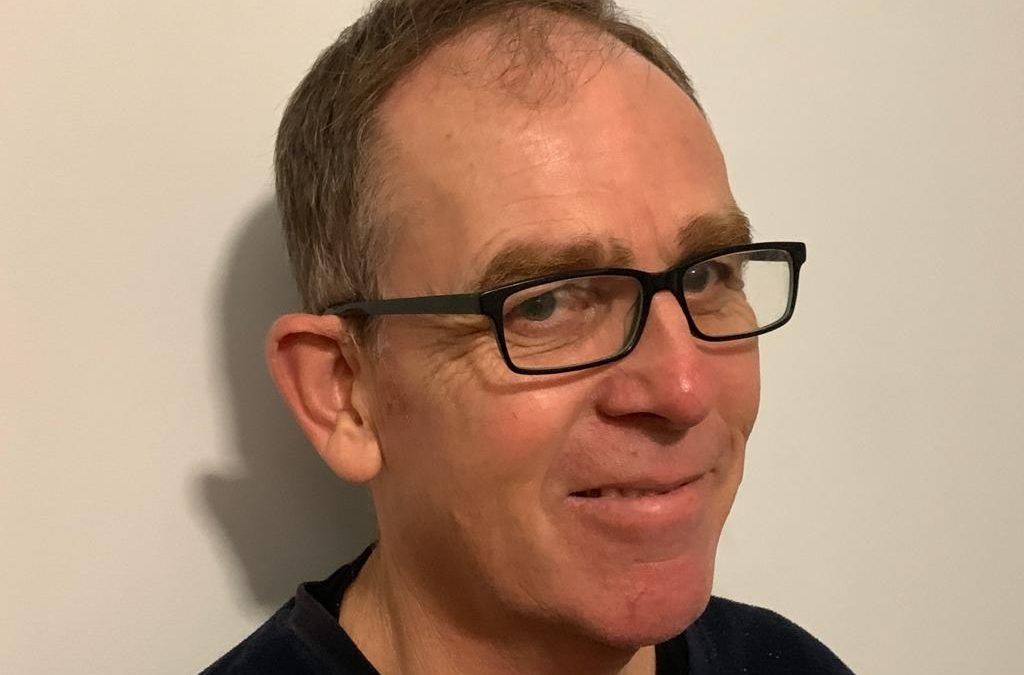 During the 1980s, a new type of therapy called Family Constellations emerged out of Germany. Its aim was to interrupt the transmission of guilt, pain and suffering to successive generations. Since its inception this therapeutic approach has experienced significant growth in popularity, which continues to increase at an outstanding rate year on year. It has expanded into the realms of organisational, educational and environmental constellations and, in 2004, it went through a modification by its founder. Although widely accepted in Europe, the method is only just beginning to find a foothold in the United States. Its founder, Bert Hellinger (1925-2019), authored or co-authored over 30 books and travelled widely during the last 30 years of his life giving lectures, workshops and training courses throughout Europe, the United States, South America, Russia, China, the Middle East and Japan. Hellinger did not formalise any qualification or standard of training and as a result most practitioners add to or modify his original insights, incorporating their existing therapeutic backgrounds or innovating as they see fit. Like most new innovations, it has not been without its critics or controversies regarding methodology, qualification of practitioners and appropriateness (Ulsamer, 2005; Cohen, 2006).

Born Anton Hellinger in Germany during 1925, Bert Hellinger’s Catholic family’s faith served to inoculate him against the prevailing ideology of National Socialism. Hellinger considered his parents, his childhood home and his childhood wish to become a priest to be major influences on his life. During his youth he resisted the efforts of the local Hitler Youth Movement to recruit him, and he subsequently attracted the attention of the Gestapo for his attendance at illegal meetings for Catholic youth. Nonetheless, he was conscripted into the German army in 1942 and sent to the Western front, where he experienced close combat, the horrors of battle, defeat, capture and imprisonment in an Allied POW camp in Belgium from which he later escaped (Hellinger et al., 1998). According to Cohen (2006, p.2), ‘The brutality and destructiveness of the Nazi era is central to Hellinger’s life’s work. Sixty years after the cessation of warfare, with all the victims and perpetrators either dead or aged, Hellinger continues to focus on the echoes and reverberations from that collective trauma’.

Shortly after his return to Germany in 1945 at the age of 20, he fulfilled his early childhood wish and began training as a Catholic priest in the Jesuit tradition. This involved a ‘long process of purification of body, mind and spirit in silence, study, contemplation and meditation’ (Hellinger et al., 1998, p.327). It was around that time that he took the religious name ‘Suitbert’, the origin of the first name ‘Bert’ by which he came to be known. By the early 1950s he was ordained as a Catholic priest and was working in South Africa amongst the Zulu people as a missionary – but not before studying philosophy and theology at the University of Würzburg in Germany. During the 16 years he spent working in South Africa, he held a variety of roles including priest, schoolteacher and headmaster. He was also able to continue his studies and received a BA and Diploma in Education from the University of South Africa.

Alongside his ministering and teaching, two other sources of personal enrichment during this time left a deep imprint on him. The first was his immersion in Zulu culture and its spiritual traditions. He was particularly affected by that culture’s respectful attitude toward ancestors and its angst-free philosophy toward life (Cohen, 2006). The Zulus saw themselves as a link in a genetic and ancestral chain that was very much alive. In the Zulu religious tradition there are three sources of external power: the Earth, the Sky and the Ancestors; the third being the most important and considered a constructive resource of great utility (Lawson, 1985). According to Cohen (2006, p.3), ‘Hellinger became a convert to their views of the interdependence between the living and the dead’. Hellinger became fluent in the Zulu language, was known to participate in their rituals and ceremonies, and came to appreciate their unique world view. He observed ‘that many Zulu rituals and customs had a structure and function similar to elements of the Catholic Mass’ and ‘even experimented with integrating Zulu music and rituals into the Mass’ (Hellinger et al., 1998, pp.327-328).

The other substantive and life-changing influence during the latter years of Hellinger’s time in South Africa was his thorough immersion in Group Dynamics training, led by Anglican priests visiting from North America. Like his experience with Zulu culture, this was enlightening, as it demonstrated numerous similarities between people from diverse cultures. Primarily through training in Group Dynamics, he assimilated a completely new way of caring for people that valued dialogue, subjective experience and self-expression. This was his first introduction to a psychological model and to a method of attending to the personal growth and development of others outside of his religious training. During a Group Dynamics training session one of his trainers asked a question that profoundly affected his tenure in the Church: ‘Of people and ideals, which do you value the most?’ According to Hellinger, a sleepless night followed in which he realised his fundamental orientation was toward helping others and, soon after, he took the decision to leave the religious order. This had echoes of his parents’ decision to rise above the social and political pressure to support Fascism. Being a priest was no longer an accurate expression of his ongoing personal growth, and after 25 years he left the Church, returned to Europe and began training in Psychoanalysis (Hellinger et al., 1998).

This began an epic 15-year journey through numerous psychotherapy trainings, and more intense personal development work in both Europe and the United States. Psychoanalytic training in Austria was followed by an immersion in the practise of Primal Scream therapy in Los Angeles. Janov’s book The Primal Scream and his period studying this approach oriented Hellinger towards working with the body, something that endured throughout his career as a therapist and his development of the Family Constellations approach. Eric Berne’s TA introduced him to script analysis which led Hellinger to his conceptualisation that family scripts function across generations. Gestalt therapy training was followed by NLP, where Hellinger resonated with the concept of working with resources rather than problems. Immersion in the hypnotherapy approach of Milton Erickson also featured during this time, alongside other modalities too numerous to list here. Throughout this period, the philosophy of Martin Heidegger accompanied Hellinger and further enriched his learning and phenomenological outlook on life. Rounding off this impressive resumé was further tutelage in family therapy from Ruth McClendon and Leslie Kadis, who were in turn influenced by family therapy pioneers Virginia Satir and Ivan Boszormenyi-Nagy. Hellinger’s decision to work systemically arose from his exposure to the techniques and philosophy of these eminent systemic practitioners and their influence is never far from view during a Family Constellation (McQuillan & Welford, 2013; Hellinger et al., 1998; Cohen, 2006).

It was in training with Kadis and McClendon that Hellinger was first introduced to a nascent form of Family Constellations, which he further developed and refined. Satir’s Family Reconstruction Therapy required actual family members in the consulting room, as did Boszomenyi-Nagy’s Conjoint Family Therapy. In her therapeutic work, Satir observed that unbalanced individuals were the product of unbalanced families and frequently began dialogues between generations of family members to bring about reconciliation. Boszormenyi-Nagy’s theory about accountability across generations, and his book Invisible Loyalties, reinforced this idea and his assertions that unconscious rules govern families undoubtedly influenced Hellinger. A cornerstone of Hellinger’s work is the idea that families are governed by ordering forces, sometimes known as the orders of love, and that alignment with these forces brings about peace and strength for all system members. In contrast to Satir and Boszormenyi-Nagy’s approaches, in a Family Constellation it is not necessary for actual system members to be present. Hellinger fully developed this idea and refined the process of using representatives to stand in for family members. A Family Constellation, although done in a group setting, is not group therapy – nor is it family therapy, although it can have a positive effect on a group and the family of the issue holder, despite their absence (Satir et al., 1991; Boszormenyi-Nagy and Spark, 1973; Ulsamer, 2008). In essence, it is brief individual therapy carried out in a group context.

Hellinger lived an extraordinary life: a life of faith, service, exploration, effort, experimentation, hard work and an unwavering dedication to the search for truth. His parents, who were conscientious objectors, instilled in him an inquiring mind that placed personal values above any prevailing ideology, and a lifelong commitment to helping others. His experiences of outgrowing, or being outside of groups, led to his theory about ‘conscience groups’ and the importance of belonging which he incorporated into his approach. After 25 years in the Church, a 15-year period of immersion in psychotherapeutic modalities followed and aspects of every method he studied are employed in Family Constellations. It was the emissaries of Virginia Satir and Ivan Boszormenyi-Nagy who first introduced Hellinger to working systemically and the concept of using stand-ins for family members, but he developed the work into something new and fresh in the therapeutic world. Thinking and theorising about what conditions are required for systems (and therefore their members) to function well, and applying them in clinical practice, led to the refinement of the Family Constellations approach into what it is today – including all its other manifestations.