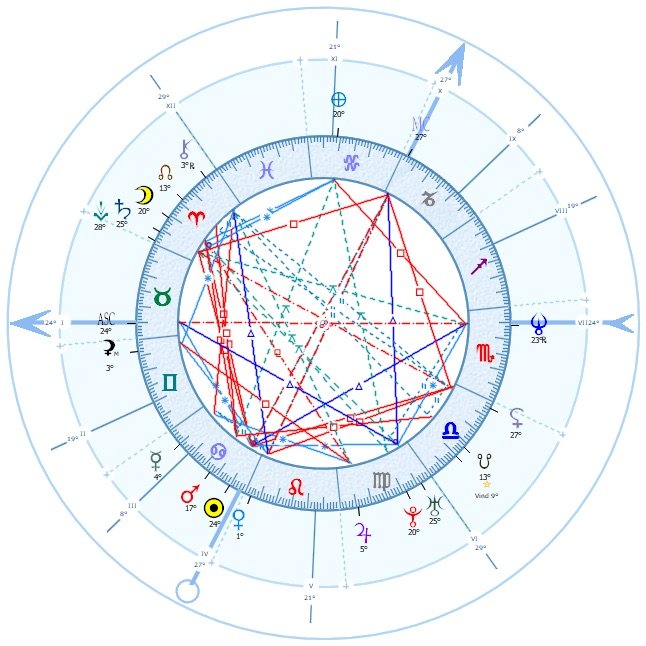 In mythology Chiron is a good centaur who can bring healing to people who seek his help. The planet was discovered in 1977 by an astronomer Charles Kowal in Pasadena and since then astrologers have worked with this archetype.

In every birth chart Chiron is the archetypal image of the wounded healer. Chiron is a bridge between the past and the future. For example, if it is linked to the Moon it relates to issues on the mother’s side. And a link to Mercury shows issues with children either dying young or mothers dying in childbirth.

Nobody can be rejected from the family tree. There will always be Chiron to acknowledge their presence.

My work is based on Chiron in the birth chart of each participant and continues with groups where I work with conventional family constellations. 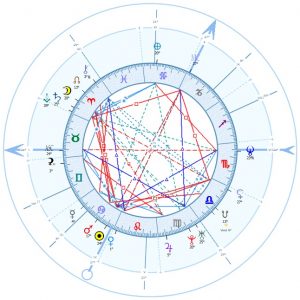 How it all started

I had to deal with my ancestral issues which had brought a lot of pain and unhappiness into the family system. I knew I didn’t want to pass them on to my daughter and granddaughter.

I will remember all my life the time when the therapist dealt with my family issues over five generations. To me it was a quantum leap, I cried a lot and all my tears washed my sorrow.

In a workshop, the ancestral field is held by the participants and the facilitator in order to undo the entanglements: something happens.

Here are some quotations from my patients :
« The mother in the constellation talks like my own mother, my father doesn’t talk much and so on »
« I don’t seem to carry the burden I had »
« I feel relieved …… »
A lot of patients say: « There is a life before the constellations and a life after »

Issues on the mother’s side

Once I had a participant who was working with homeless children. She was depressed and doctors couldn’t find why. So I looked at her birth chart and told her to investigate her mother’s family. The aspects were showing issues five generations before her. It meant looking at her grandmother’s grandmother which can be rather difficult but she had the help of genealogists and she discovered that her great-great grandmother had been sent to a psychiatric hospital at the age of 30 and that she died 30 years later in that hospital. Obviously her ancestor had to leave her children who were raised by a foster mother. All this was written on the death certificate. She understood that since then there had always been issues between mothers and their own children in her family.

With all those precious details we were able to have a family constellation and entangled family links.

I always tell participants that there is a lot of information on birth or death certificates although all the ancestors are dead and there is no one to tell.

Another participant had worries with her eyesight, her mother had become blind and so had her grandmother. She was complaining a lot about her grandmother. With the birth chart (Mars and Chiron), I could see it was linked to violence in the past. During the workshop, she said her son was a history teacher. I asked her to look for details five generations before for the next workshop.

She found out that at each generation women became mothers at the age of 40. So five generations meant 200 years. One day she opened the newspaper and saw that it was the 200th anniversary of a battle taking place in the village where she was born. The troops of Napoleon had burnt the village, killed most of the villagers and her grandmother’s grandmother was there, an eight-year-old girl.

It was something that was never known in her family, was passed through blindness over the generations and her son was trying to find the truth by becoming a history teacher.

Fifteen years ago I received a mail asking for help from the USA. A young lady had read my website and told me about her wounds and sufferings. She had been the scapegoat of her school and family. There had been rape and violence. She had just been out of surgery three times where she nearly died. So I read her birth chart and said: « If you want to come to France I lead a family constellations seminar next month. You’re most welcome ». Her father who came from Eastern Europe, had been involved in several wars.

She came to me, we did a conventional family constellation for her. She went home, had a child and continued her life.

When a person is ready something or someone comes along to help. It is like opening a door and entering a new room.

When Mercury is involved in the chart we often find issues with children, either dying young or being hidden because they were born out of wedlock. Both were taboos five generations ago.

If a participant has endometriosis and can’t have children it is necessary to search what had happened five generations before.

I had a patient who couldn’t bear a baby and we looked at her genealogy but nothing seemed to indicate that an ancestor had died giving birth to a child.

After a meeting with family members she came back to me and said: « I met a cousin I didn’t know who told me that the great-great-grandfather had a first wife who died in childbirth and he married her sister »

She didn’t know about the first marriage and believe me or not but my patient had the same name as the forgotten wife.

I would like to end with a poem by Martin Lass, Australian astrologer who has been working with Chiron.

When all crying is done,
When all tears are spent,
When the Heart becomes Still,
Listen….
In the Silence…
And know with every breath
That you are Loved.

Merging astrology and family constellations, I have been leading workshops and seminars for 20 years.

Living in Paris, I started astrology thirty five years ago with French astrologers. Then one day I decided to go to London to attend Liz Greene and Mélanie Reinhardt classes at the Centre for Psychological Astrology (CPA). I was really puzzled by Mélanie Reinhardt’s work about Chiron. I discovered through her lectures that in the birth chart you could see where your family entanglements are. They can go back as far as the fifth generation.

I passed a degree at Paris University on family therapy and systemic rituals. In addition I have also been working with Daan van Kampenhout for 10 years and I am attending his systemic ritual training. I live in Bordeaux and lead seminars in various towns in France. I also give private sessions.